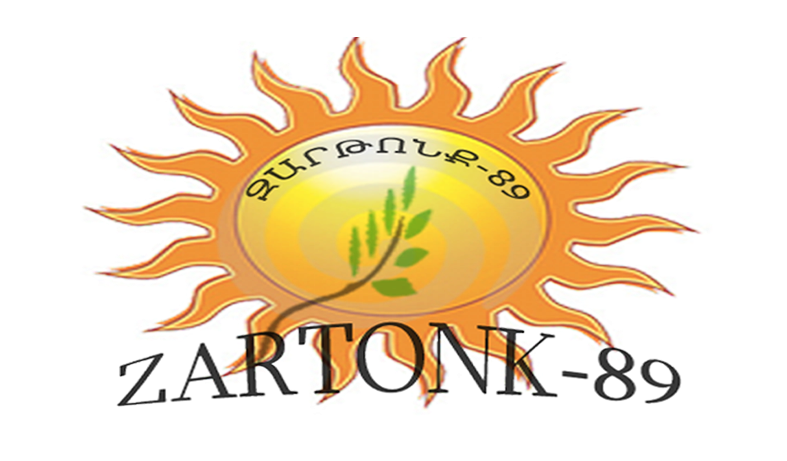 Dear Donors,
Thanks to you, we are able to continue to support young journalists. Young people have a special influence in their communities, and our goal is to empower them with training in media skills, modern technologies. and civic journalism. 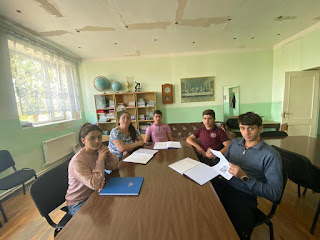 These beneficiaries often call themselves "new generation young experts" and regularly seek out up-to-date solutions for their community problems. This is why they attend our informal classes, to supplement their existing knowledge.
Thanks to your generosity, we have organized an interactive meeting in one of our Arapi communities. We are pleased to announce that a new informal union has come together in this community with the aim of using the strengths and talents of young people to promote sustainable community development. The Arapi beneficiaries are enthusiastic; they spare no effort in addressing community issues that have gone unaddressed for years. Our team will organize trainings for them, and teach them how to measure social impact.
Your donations continue to make it possible for us to support these active and proactive young people. Thanks to your generosity, we are confident that this new community outreach will grow into an important new branch of this work. 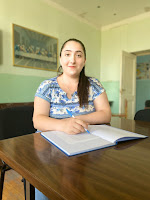 We would like to inform you that the names of all project participants were changed in order to protect their privacy.
We would like to introduce you to Ani, one of our new beneficiaries.
Hi, I'm Ani. This is my first time participating in this program. I feel great about this team because I am learning interesting and important things. Now I am ready to use my abilities for the benefit of the community I live in. I am glad that this branch of the Online Center for Young Journalists has opened in my community. I consider myself an active person who can change the world. I want to express my gratitude to everyone who has helped make this happen.

The aim of the project was to improve single parents, orphan, needy and refugee children’s physical and mental health and prevent infected diseases. To teach children those important topics, which were necessary in daily life on health care, hygiene and first aid.

The project was foreseen to implement in Lory region of the involving 7 up to 14-year-old 900 beneficiaries of the RA. The duration was 3 years involving new groups of beneficiaries in each year supported by UMCOR and Daily Bread LLC.

“Look at the future”

The aim of the project was to develop the cooperation among NGOs of Armenia and , of former supported by the French CCFD organization.

The aim of the project was to assist poverty reduction in the frontier regions of the . The project was addressed to the development of small and middle business in Syunik region, “Daily Bread” production increasing and improvement.

The beneficiaries of the project were 800 orphan, single parents, needy children, society, and organization’s members in RA supported by Daily Bread LLC.

The aim of the project was to help parentless youth in the to acquire corresponding knowledge necessary to enter higher educational institutions. It has been implemented for the beneficiaries from Tavoush, Gyumri, Vanadzor, Spitak and since 1995 up till now. 120 young beneficiaries got various vocational educations. Some of them were employed according to their specialization.

“Our heart and soul to you children”

The aim of the project was to assist children’s mental and physical health rehabilitation and life improvement. The project was implemented in 1995-2000 in the “Tej Ler” rest zone of Lori, 2200 beneficiaries from different regions of were participated in it. Medical and psychological problems were clarified; as a result the children took corresponding treatment. By means of organizing right works and necessary food regime the children’s physical abilities were rehabilitated.

In above mentioned period participated children’s number of the project was increased:

The aim of the project was to assist the development of agriculture in Syunik region. A flourmill was built in Syunik village, since 2001 it has been supplying for about 40 rural communities. 30% of the flourmill profit is transferred to “Zartonk-89” NGO with the aim to implement projects of various spheres for the beneficiaries supported by the French CCFD organization.

The aim of the project was to support the needy inhabitants of the rural community. The project was implemented in 2003 in Syunik region. As a result 20 needy families were assisted to cultivate the pieces of land, which they couldn’t cultivate because of their bad social conditions and the lack of necessary means. This assistance helped the villagers to be able to cultivate their lands in the future as well. Within the framework of the project ten needy families with two or more under age children were given small cattle to develop their farms supported by the French CCFD organization.

The aim of the project was to inform children about the problems of health and hygiene. The project was implemented from 1998 till 2005 in Vanadzor and as well as in 8 schools of Syunik region. By means of training the children acquired the necessary knowledge on hygiene and healthy life-stile. At the end their knowledge level was checked by questionnaires. The records were quite satisfying, for about 60 percent increase. 2400 children and teenagers took part in that project and after the project hygienic packages and medicine boxes were distributed to the children assisting by the Government of RA and UMCOR.

The aim of the project was to train first aid teachers in Tazagjugh, Noratus, Tsovagjugh and Tsakqar villages who would pass their knowledge and skills to the villagers and pupils.

The project was realized both by practical and theoretical means. As a result 69 beneficiaries acquired knowledge on first aid; a manual on “First aid” was published and distributed to the participants. Knowledge level was checked by questionnaires, as a result showed 57% knowledge increase supported by UMCOR.

The aim of the project was to inform children, parents and teachers about child abuse cases as well as to inform the local government to recognise November 19 as “Child abuse prevention” international day. According to the age group were organised creative composition, drawing, test competitions on the subject “The world without abuse in my imagination”. The best three places of each age group were awarded prizes. The project was implemented in and Ijevan town of region with the participation of 1700 children. As a result the children were informed about various kinds of abuses and about the similar cases in the world. RA Government, the local self-government authorities and the schools were informed that November 19 is the day of “child abuse prevention”. A great action was organized in November 19 with immediate participation of children and government members, deputies of National Assembly, embassy officials and political figures were invited in it. The self-governing authorities of Ijevan town found it important to realize this kind of action in the coming years as well supported by the “Daily Bread” LLC.

“Information Communication Technologies for the Organization to strengthen”

The aim of the project was to enlarge the possibilities of NGO sector for it to acquire its own means of development and to inform the society about the NGO sector’s role, importance.

The project was implemented in two regions of - Ijevan town of region and Vanadzor town of region. As a result 52 NGOs participated in the seminar called “NGO stability”, the participants were represented the suggestion of making a change in the law concerning to NGO and the adoption of the law of one percent which will secure the NGOs financial stability supported by World Learning Organization in Armenia.

To create Help phone for clearing the children's and teenagers' problems.

To develop the partnership collaboration with NGOs that deal with children and teenagers’ problems.

To introduce the society about the activities of Zartonk-89 and give them possibilities for having their contribution in solving children’s problems.

Look through the future

Global aim: The aim of the project is to begin and develop the partnership between CCFD partners from post countries.

Specific aim: By means of collaboration and experience exchange to strengthen the organizational capacity.

To pass from local to regional and global level for problem solution.

To give corresponding solution in regional level.